‘Sets’, the future of multitasking in Windows 10 are smart tabs

Microsoft is working on a new feature for Windows 10 that would change the multitasking to which we are accustomed in the windows operating system quite drastically. With ‘ Sets ‘ they want to group everything the user needs for their current task in a more defined space, in the same window. 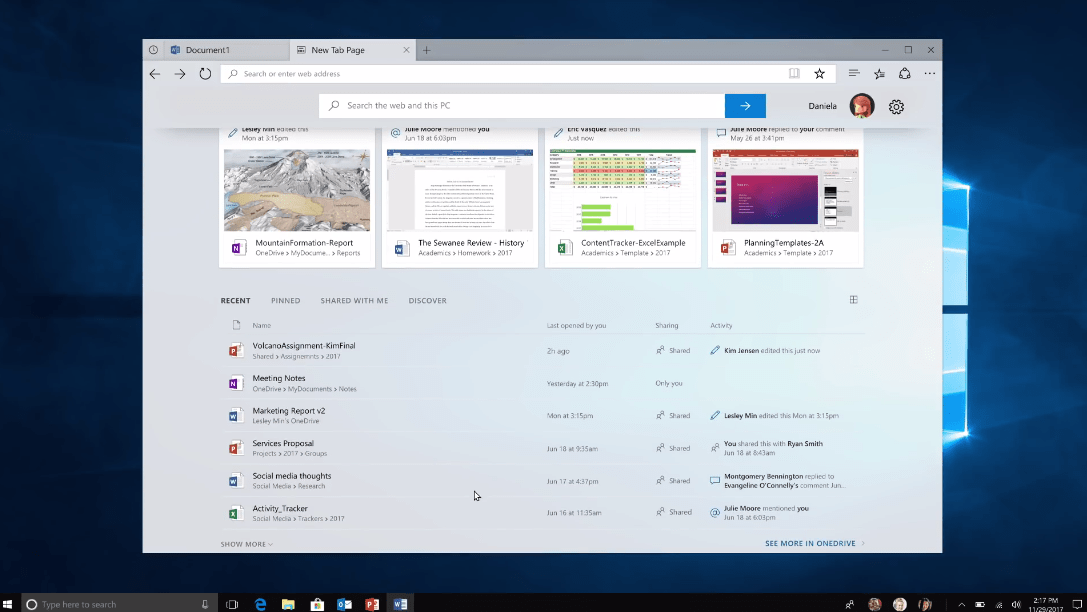 If most of the important things we do happen between websites and apps, and in some cases between more than one computer, with ‘Sets’ Windows 10 will group all of that in the same window, each app in a tab as if it were the browser .

‘Sets’ not only offers that option but also intelligently associates applications and pages that the user frequently combines. That is, Windows 10 will learn about your usage habits.

This will do so to show you what they have called ” frequent destinations “, suggestions for apps and websites on the new tab page, which looks like a simple Microsoft Edge but is much more.

In the video you can see in detail how the “work sets” will work in Windows 10, which are also synchronized in the cloud and between user accounts. That is, if you start working on a computer, and then you move to another, when you start an application it will ask you if you want to restore all the other tabs you worked with.

This integration seems to initially work only between Microsoft products, such as the Edge browser and Office applications . To what extent this model of multitasking could be expanded with third-party apps, is something that will remain to be seen in the future.

‘Sets’ will be coming to the Insider program in the next few weeks , so if you are a beta tester of Windows 10 you can use the function before anyone else and see how the workflow feels like this.

The timeline and the Windows “Spotlight”

When Microsoft announced the Fall Creators Update one of the things that caught the attention was ‘Timeline’, a new way to organize workflows in Windows as if they were a timeline. It was like seeing the work areas on steroids.

The timeline did not arrive with the FCU, but it will arrive with Redstone 4 . Along with that we expect more changes related to Fluent Design, and as we told you recently: a new interface for the search , very similar to the Spotlight of macOS.

The next big update of Windos 10 looks like one of the biggest changes that will add to the system’s interface in years.

And now with ‘Sets’ added to the list of new features that Microsoft plans to add to the system, the next big update of Windows 10 looks like one of the biggest changes it will add to the system’s interface in years .

The good thing is that unlike the drastic and perhaps nothing pleasant that was the shock for some with the change that occurred between Windows 7 and 8, the changes that Microsoft is adding in Windows 10, seem to be much better thought , and I dare to to say that they look ridiculously good and I can not wait to try them.