Where does your morning coffee come from?

The distinctive taste and smell of a cup of coffee is one of the first things that perks us up or provides a satisfying end to a good meal. It has been defined and refined over the centuries to become the quickest and easiest drink to make as an infusion with water. Not only is it enjoyed as a morning and after meal drink, but it is also the basis of some incredible cocktails that you cold taste next time you use a Mobile Bar Hire Gloucestershire company like  www.wearethemoversandshakers.com/mobile-bar-hire-gloucestershire/ for a family party.  It was here before Tea but due to the expense was always something that you sampled out in the town as a social exercise. Where does coffee actually come from and how did it reach our shores? 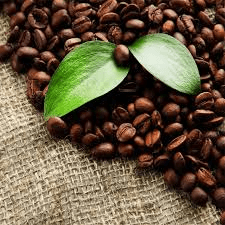 Coffee’s origins are shrouded in myth and legends. Coffee in its native form is thought to have originated from Ethiopia but there is no definitive evidence to prove this. We can go back as far as the fifteenth century to find written reports of a drink being drunk and made from a roasted bean, although it bears little to no resemblance to the Latte or Americano that you usually enjoy today. It appears to have started as a religious drink for the Sufi Monks of Yemen but soon spread throughout the Middle East. As the Muslim faith abhors alcohol this bitter drink seemed the perfect replacement as it gave the human body a certain and not dissimilar buzz. It was banned by Mecca the influential priest of Cairo; plus, the Catholic Church also frowned upon it and banned it for a time.

The word coffee is a translation of the Dutch word koffie which is itself a translation of the word qahwah in Arabic. The word qahwah is believed to have been derived from another Arabic word quwwa which means power or energy. There is also a feminine version of the word, khamr, that translates in meaning as “the dark one”. All this seem pretty accurate names and they certainly describe the appearance and characteristics of coffee.

Coffee came to Europe via Turkish slaves in Malta. They made the drink and passed it on to their captors the Knights of St John to make money. The main route was via the trading powerhouses of Venice and their close links to the Muslim world. Coffee then soon spread throughout the world and it has been developed into the smooth delight that many of us now enjoy on a daily basis.