Tea on the Veranda

There is nothing more quintessentially English than taking tea on the Veranda. It’s even better when conducted on a lovely set of Lloyd Loom Dining Chairs, available to view at https://lloydlooms.co.uk/product-category/lloyd-loom-dining-chairs/ . As we move to more warmer climes and the summer beckons what could be lovely than seeing the clock tick around to 3 or 4pm and the knowledge that it is time to put away that novel for a while. Leave that correspondence for bit, Lady Hawthorn can wait for that update, and put on hold that game of Canasta unit we have had some refreshment. 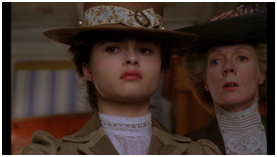 It’s not hard to get all a bit Regency or Edwardian and Victorian when we talk about Afternoon tea on the veranda. Posh ladies in full length skirts, cotton shirts and boaters on their heads being served Tea by black clad uniformed and pinafore maids in the middle of summer heat wave seems to be the norm. Say tea on the veranda an you have an image of Dame Maggie Smith playing Lady Whatnot fanning herself and complaining about the heat to her friend Mrs Ormsby-Gore whist a servant wheels in a trolley festooned with tea urns, milk and a multitiered cake and sandwich pyramid display. The servant is not allowed to moan about the heat of course, though she may get a look of sympathy from a young porcelain skinned Helena Bonham-Carter, before she met Tim Burton, or not depending n the character she was playing at the time. 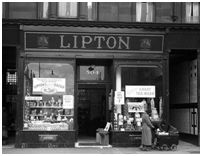 The modern age has seen the end of tea on the veranda. We no longer have the Lipton’s corner houses where a tea and coffee and cake where the norm and you could find them. Even the café itself is somewhat under threat from the huge chains of Costa and Starbucks. Though to be fair these places still try and maintain the same kind of experience that the tea takers would have had. It is more the likes of McDonalds and Burger King that have come and taken the impetus away from this dining experiences. There is less of a regimented feel to have tea at 4, though some traditional organisations like the National Trust seem to still revel in it.

The really people to blame for the lack of a tea on the veranda is us. Society has moved on. The maid serving tea is no longer content to stand silent and the tastes and needs of our modern lives have superseded this culture. We are to busy to sit and watch the world go by, we have phones, we have email we have the internet where your reading this blog post now. Or maybe we haven’t forgotten that much. A recent online poll caused a massive argument and discussion. The subject matter? Should you put cream on the scone first or Jam then the cream?