Uric acid: Protector or Risk factor? All you need to know

The uric acid high in plasma is a prerequisite for gout and also associated with the metabolic syndrome and risk factors for cardiovascular disease.

The hyperuricemia (increase in the amount of uric acid in the blood) is increased by 16% all – cause mortality and a 39% overall cardiovascular disease.

Hyperuricemia is defined as ≥7 mg / dL for men and ≥6.0 mg / dL for women, and is found mainly in postmenopausal women, African Americans, patients with kidney disease and alcohol consumption. 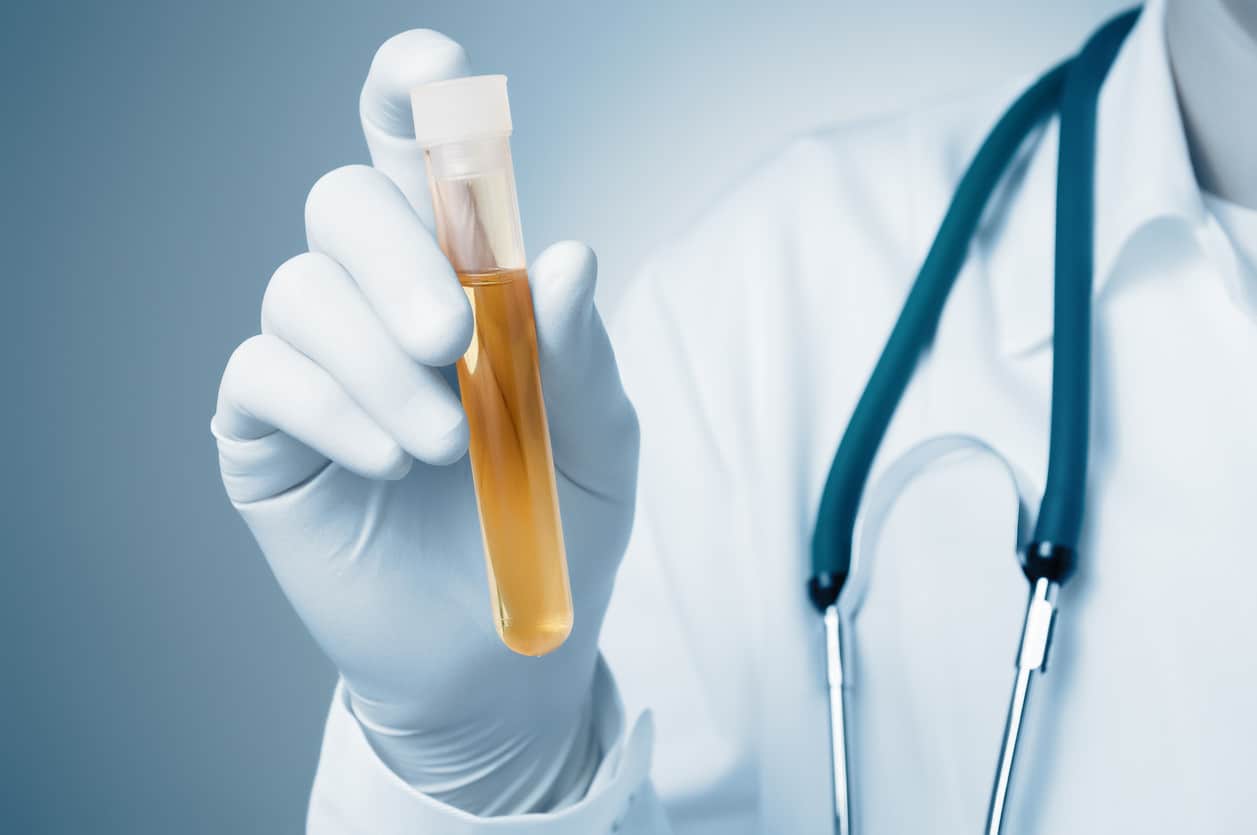 In addition, many factors can influence uric acid concentrations , such as diet, obesity and metabolic syndrome.

However, there are still doubts about whether uric acid is a protective factorfor moderate oxidative stress in these situations or if it is a risk factor, and this was one of the objectives of the study on which I will rely for this article, which investigated the causes and consequences of high uric acid in the plasma.

What is uric acid and what biological importance does it have?

Uric acid is an organic compound that is produced endogenously by animals as a purine metabolite, being formed by the liver and mainly excreted by the kidneys(65-75%) and intestines (25-35%).

Uric acid is the end product of purine metabolism in humans due to the loss of uricase activity, which leads to humans having higher levels of uric acid than other mammals.

For those who do not know, the uricase is an enzymewith most mammals, except humans and other like monkeys, and that converts uric acid to allantoin, a natural healing that helps replace the skin the dead cells by new ones.

However, high plasma uric acid (hyperuricemia) is considered a risk factor for different diseases and for mortality.

The pathogenesis of uric acid is usually associated with gouty arthritis or nephrolithiasis.

Gout is a type of arthritis that occurs when uric acid builds up in the blood and causes inflammation in the joints , while nephrolithiasis is a disease caused by the presence of stones or stones inside the kidneys or the kidneys. urinary tract (ureters or bladder).

The high pathogenicity of uric acid (pathological presence of uric acid in the blood) is associated with its low solubility in the extracellular environment that leads to crystal formation, low affinity (and deposition) to certain tissues and antigenicity (ability to produce specific immune response).

This mixture of quantitative and qualitative etiological hyperuricemia factors is confusing because normouricemic individuals may show symptoms while others with hyperuricemia may not.

In the clinical context, hyperuricemia is considered a prognostic indicator of kidney disease, diabetes mellitus , cardiovascular disease and inflammation, thus being a risk factor for mortality.

Factors that increase the concentration of uric acid

In turn, the concentration of HDL-c is negatively associated with insulin resistance, which may influence its negative correlation with uric acid.

Obesity and reduction of muscle mass

The greater circumference of the waist, the BMI, the obesity and the reduction of the muscular mass are factors that increase the concentrations of uric acid

In addition, obesity and reduced muscle mass are associated with low intensity chronic inflammation, and uric acid levels can increase to protect the body against moderate oxidative stress resulting from this situation.

Low muscle mass ( sarcopenia ) is negatively associated with uric acid. However, the cause or effect has not yet been clarified. Probably, oxidative stress produced by excess uric acid can influence the reduction of muscle mass.

Diet: what can increase or decrease uric acid?

Therefore, the high intake of industrialized foods rich in fructose (very common nowadays) will lead to an increase in our uric acid concentrations.

In the case of beer , its intake is a factor independent of the increase in uric acid, both for its alcohol content and its high-quality purine , its intake having a stronger power to increase uric acid than liquor.

The fruits and vegetables in general, but especially high in vitamin C (present in many) shows an inverse relationship with uric acid because the vitamin has a uricosuric effect.

In the case of dairy products , their intake also has an inverse relationship with uric acid. Probably, the mechanism for this association is due to milk-forming proteins (lactalbumin and casein), which also have a uricosuric effect.

There is also an inverse relationship between coffee intake and uric acid concentrations, but such an association seems to be due to other substances, as it does not seem to result from caffeine.

The decrease in uric acid concentrations would result from an improved insulin resistance observed with the increase in coffee intake, which occurs mainly due to chlorogenic acid, an antioxidant found in this beverage.

Acute elevation of uric acid appears to be a protective factor, while chronic elevation is a risk factor for disease

Uric acid contributes more than 50% of the antioxidant capacity of the blood, although there is still no consensus on whether uric acid is a protective antioxidant response or a risk factor.

However, it seems that the amount and duration of the concentration of uric acid in the blood is essential for this response. The sharp rise appears to be a protective factor, whereas chronic elevation is a risk factor for disease.

By the way, and simply as information, the main mechanism of excretion of urate concentrations (salt of uric acid) is produced by renal excretion. Therefore, glomerular function markers such as urea and creatinine are positively associated with uric acid (in case you see them in an analytic).