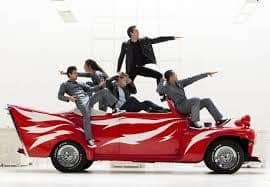 Last years Love Island produced many Social Media famous stars, one of them being Social Media Influencer and Youtuber Molly Mae Hague; previous to love Island she lived in the City of Manchester as a Social Media figure, but now has bagged herself over 3 million Instagram followers, and has over 650k subscribers on her Youtube channel. She still resides in Manchester with her Love Island beau Tommy Fury, they were both the runner up couple in the Love Island final.

There is no denying that she caused a stir in the Love Island villa; she firstly went on two dates, one with boxer Tommy Fury, and the other with professional ballroom dancer Curtis Pritchard – but it seemed that she only had eyes for Tommy. She was keen to get to know a few of the other islanders though, but then finally had her heart set on Tommy. She became one of the most-watched, and popular islanders off the 2019 show, alongside the other finalists Amber Gill, Greg ‘O Shea, Curtis Pritchard, and Maura Higgins.

Molly Mae Hague was born in Hertfordshire on the 25th May 1999, and was the runner up of the 2019 summer Love Island; she previously worked as a Social Media Influencer and Youtube before entering the villa and had worked with brands such as LilyluluFashion, and RebeliousFashion. She is now a brand ambassador for PrettyLittleThing and works with a variety of brands such as Beauty Works, and Polaroid Eye Wear etc. Molly also travels a lot for her collaboration work; visiting countries such as America and Dubai – she is totally living the celebrity lifestyle. 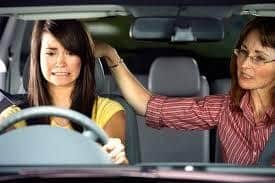 She is still ‘coupled up’ with boxer Tommy Fury, admitting they are as happy as ever; they are one of only a few Love Island couples still together – Tommy even lives with Molly in her Manchester apartment. It seems that she is now living the dream life as a Social Media Influencer and a Youtuber, in which she films her vlogs and beauty tutorials. She has even become a top ambassador for the clothing brand ‘PrettyLittleThing’, where she does clothing collection collaborations, and advertisements on her Social Media platforms; she has even stated that she is giving away 100% of profits from her new collection to the mental health charity ‘Mind’.

Although she is based in Manchester, she still regularly travels to London with boyfriend Tommy Fury, in which she attends meetings with the brands she works with and top celebrity events. She most likely even has bodyguards to protect her in the big city; companies such as https://www.valorousgroup.co.uk/, a Close Protection London based security company that offers protection to those who feel that they are not safe in big cities like London etc.