Are the UK’s spiralling house prices at a turning point?

It has been reported that the price of an average property in the UK dropped by 0.1 per cent over June and July. Could this mean that house prices are about to be subject to a major correction?

For many people who have been anxiously watching prices continue to rise, a drop in house prices could be hugely welcomed as costs generally rise and inflation surges, increasing the cost of practically everything.

The Bank of England has been raising interest rates, with the base interest rate rising a number of times since last December. In the early part of August, the Bank raised the base rate by 0.5 per cent, which constitutes the single largest increase in the past 27 years.

With the economy in such a state of flux, some buyers are accelerating their moves to purchase property, while others are holding back waiting for more stability and to see which way prices go. Analysts have said that house prices have been rising for nearly a decade now, and we are certainly entering a period of change. Base rates for the past decade were at historic lows and it is unlikely they will return to those levels at any point in the very near future. 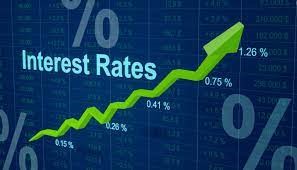 A recent report in The Guardian states that the average price of a UK home has gone up by £30,000 in the past 12 months, although the growth rate has slowed. One of the nation’s largest lenders warned that challenging times could be ahead in the midst of the cost of living crisis, increasing base interest rates and inflation.

The most recent increase in house prices has been termed modest in comparison with recent times during which prices were boosted by stamp duty holidays and the easing of restrictions following the pandemic. However, the recent contraction could indicate a general slowing or at least stagnation in terms of property values.

No matter what is happening with base rates, inflation or prices generally, life goes on and people still need a place to live. Sometimes the best course of action is simply to be well informed, do your research and make decisions based on sound assessment of prevailing circumstances.

Some areas are more affected by fluctuations in property price than others, and doing your research will reveal if this is the case for you. In areas which are less affected by economic events, such as central London, waiting around may not make a great deal of difference as prime property will probably hold its value.

If you’re looking for conveyancing solicitors in Guildford or elsewhere, it is important to use professionals with a solid track record, who can be accessed through services such as Sam Conveyancing. Always ask for a comprehensive breakdown of services and their costs. 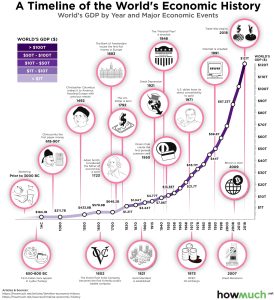 When buying property, it is vital that you use experienced and trustworthy conveyancers as there are a wide range of legal duties and processes that must be carried out to officially transfer ownership of a property, whether leasehold or freehold. Mistakes made during the process can be costly to rectify later, so ensuring every aspect is addressed thoroughly and competently is an absolute must.

Buying property can be stressful but also exhilarating when you finally get to move into your dream home. While exerting control over house prices may be beyond your reach, what you can control is your knowledge of the market and how you approach the legal complexities involved in becoming the new owner of a property.