The trials and tribulations of Norman Heatley

Whilst many of us can name Alexander Fleming as the man who discovered Penicillin, quite by accident the development of the drug was taken on by 3 men. These were Howard Florey, Ernst Chain and Norman Heatley. They saw the potential of the drug and its ability to save huge numbers for the blight of infection and blood poisoning. Their work would change the fundamental nature of human life expectancy.  Fleming gave up on Penicillin, becoming uninterested in it but these three men would not give up and they pressed on.

The first issue before the drug could even get to Adaptive Phase 1 Clinical Studies  was how to take the mould and purify it so that it was safe for human use. This was the part that Fleming was unable and uninterested in doing.  This is where the unsung Heatley provides the most important factor in the development of Penicillin. Heatley was only a junior member of the Florey team but he hit upon the ingenious idea of turning the mould back into it’s water stage thus removing the acidity. In this way the drug was purified. Tests on Mice proved positive and the first human, Albert Alexander showed great promise. However the manufacture of the drug was difficult and not enough could be made to save him. 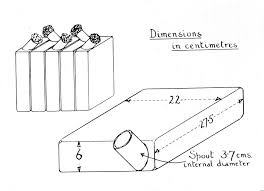 Again Heatley came up with an idea. Porcelain bedpans were the best place to grow the cultures but these were in short supply because of the Second World war. Heatley again provided the answer with special made culture plates that he commissioned from the Potteries in the North Midlands. The first “factory” was developed.