The Biggest Construction Vehicles in the World

The construction industry has some pretty mean machines and that’s no surprise when you consider the heavy work that’s involved in building and repairing things like roads and houses. There are some monster machines out there that sadly, most of us will never get to control and they must offer an incredibly thrilling and unique experience. Here are just a few examples of the biggest and best in the world of construction:

This beast is mainly used for mining operations in Canada, the United States and Australia. It is the largest bulldozer in production, being first used in 1991. It has a whopping 1,150 horsepower engine and can move 90 cubic yards in one go.

This machine holds a Guinness World Record for the biggest earth mover in the world, able to lift 72 tons. It weighs an incredible 160,000 pounds with a standard bucket size of 40.52 cubic meters and a 2,300 hp engine.

Liebherr are also the manufacturers of some of the world’s largest cranes and their contingent of machinery also boasts the biggest bucket excavator with the 9800. Used for mining, it weighs a colossal 1,785,700 pounds with a 62 cubic yard bucket capacity. Imagine the earth you can dig out in one go with that beauty? You’d want to know this vehicle was coming your way. Stay safe on site with a Buggy Whip for your vehicle. wisuk sell buggy whips.

Dump trucks don’t come much more impressive than this. This is the biggest dump truck on earth, standing at 26 feet tall, the truck is powered by two 65l engines, each with a separate 2,300 hp. It weighs 450 tons!

The purpose of these machines is to remove large quantities of overburden and ore in a more efficient manner than other loaders. This machine sits at 48 feet tall, weighs in at 109 tons and can cope with loads of up to 82 cubic yards.

Whilst not found on a conventional construction site, the 50-year-old NASA transporter is being adapted to help in the launch of the space shuttle mission going to Mars. Quite a sight to behold, the transporters are 131 feet long and weigh a jaw-dropping 6,000,000 pounds. Because of their size, they can only carry rockets at 1mph – hence the name crawler. 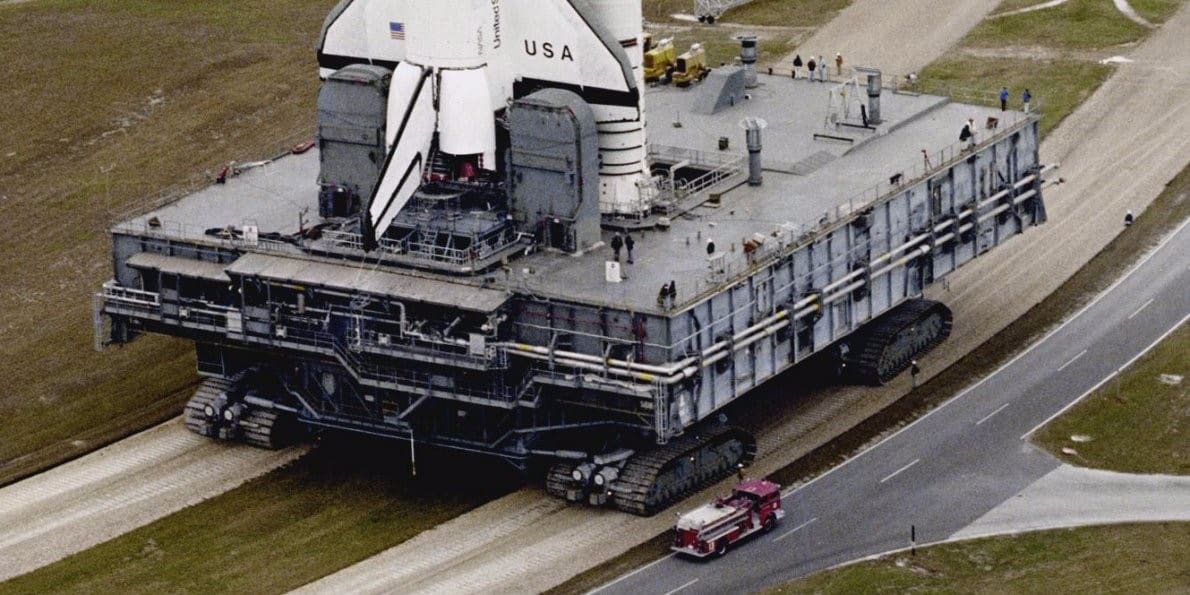 The prize for world’s biggest tunnel boring machine goes to ‘Big Bertha’ at a whopping 57 feet in diameter. The TBM was specifically built to tunnel underneath Seattle in the U.S to create a roadway. Unfortunately, she broke down midway.

This machine is officially the world’s largest excavator and also holds the title of biggest land vehicle ever built on earth. It stands at 310 feet in height, is 721 feet long and can shift 100,000 cubic yards a day in no less than 20 rotating buckets.