According to Windows Central, Microsoft is already working on a new version of Windows oriented desktop , one that would be completely built on the platform of universal applications and would leave behind many classic components in favor of a lighter system.

‘ Polaris ‘ is the codename of the system and would work on desktop, portable and 2 in 1. The idea is to offer better performance and excellent battery life, but unlike what they have tried with Windows 10 S , Polaris It would completely get rid of the classic Windows Shell in search of a truly modern system. 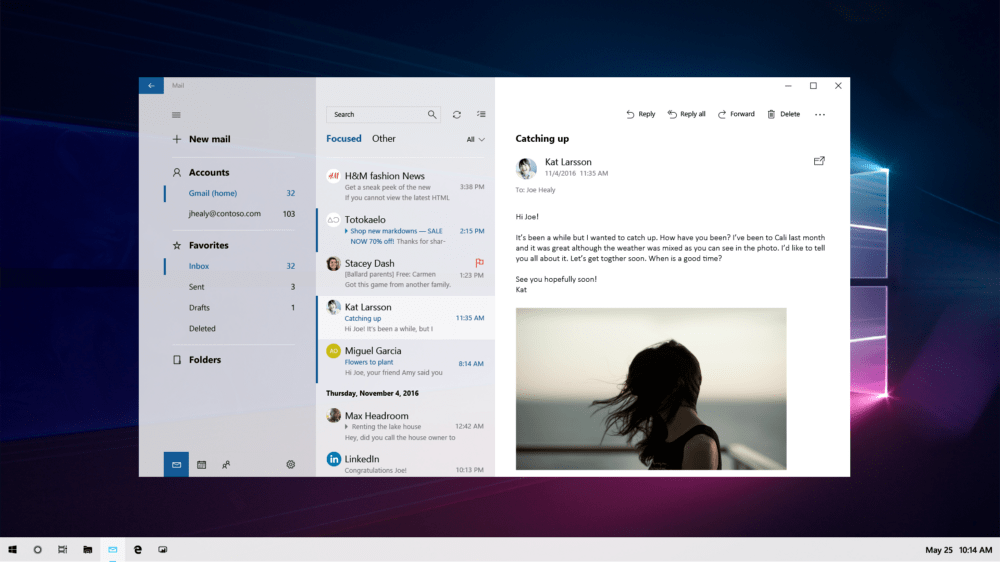 If we are guided by the intentions of the company with Windows 10 S , then Polaris would have even more meaning. Microsoft is betting on a lighter and safer version of Windows, restricting the apps that can be installed only to those of the official Store. It is a small fence to your ecosystem trying to guarantee better performance and more security.

The detail is that in almost everything else Windows 10 S is equal to the classic versions of Windows 10, with the exception of some components such as Windows PowerShell, or the subsystem of Windows for Linux, for example, which are absent in that version.

Polaris would use the new CShell , a new universal interface for all Windows devices, the basis on which Continuum continues to be built and which could perhaps also represent the return of Windows to mobile devices.

It would also leave behind many classic components, apps like Notepad or Paint will be replaced by UWP apps to offer a more consistent experience. Although some sources report that Polaris could support Centenial applications through remote virtualization.

Another difference with Windows 10 S, is that Polaris users could not upgrade to a more traditional version like Windows 10 Pro , or vice versa. Polaris would be available only for those new equipment that comes with the new factory system.

The key is in the public to which these new versions of Windows are directed . Windows 10 S is designed for modest devices, or for environments such as education, a direct competitor of options such as Chrome OS .

Polaris would be more than good for more casual users interested in consuming content, using the browser, editing documents, those same people who do not need too much power or software specialized in tasks that are too complex.

For all others, for gamers and power users, traditional Windows would still exist. Polaris would be another version of Windows for another specific audience, one that can coexist perfectly with the Windows 10 that we have at this moment.

It is clear that Microsoft is preparing some time ago for this move, recently we talked about how we could see the Control Panel disappear forever , because the Configuration app has already inherited almost all the settings of that tool.

Microsoft also hopes to have a Modern file explorer running by the end of 2018, something indispensable for a system like Polaris, which plans to leave behind the classic and heavier components.

What we currently have in Windows 10 is a ” secret UWP explorer ” with many shortcomings, but it gives you a very good idea of ​​the way they go and how much they lack.

According to Windows Central, Polaris could arrive in 2019, but that does not mean that plans can not change. If we recall the details of the alleged Windows 10 Cloud began to seep in February and May 2017 Microsoft officially announced Windows 10 S .