When concrete was the future

Look at any science fiction film for the 1970s and 1980s and you’ll see a common theme. Most of them are set in the noughties or the year 2000 itself. In them we’ve generally conquered space or there’s been a devastating Nuclear exchange. One other fact is that we are all living in vast concrete cities. It’s good news for a Concrete Cheltenham based company like www.monstermixconcrete.co.uk/concrete-cheltenham/. If the future is to be believed they will have plenty of work. 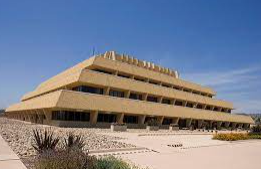 When looking to film “the future” directors sent out their location scouts to find something that looked futuristic. Invariably they ended up in some newly constructed concrete structure or outside it. Take for example the end of Death Race 2000. Made in 1975 it’s a dystopian view of the USA run by mega corporations. It ends in the Chetfield Federal building. It’s like a large pyramid and is subtly imposing. It’s currently used as a courthouse for Southern California.

In Britain Stanley Kubrick found that the new estate of Thamesmead was the perfect setting for Alex and Droogs to run riot in a Clockwork Orange.  Created as a post war dream, concrete was the wonder building material that brought a whole new experimental way to show people lived. It was designed to be a bright and open place to live, greatly differing from the cramped terrace housing it replaced. It would also use the Thames as a water feature to the area.